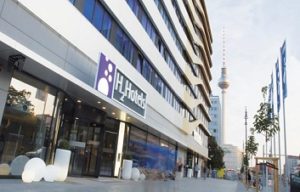 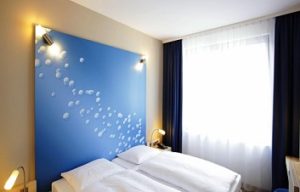 H2 Hotel Berlin-Alexanderplatz (12.126 reviews, 8.3) is a popular discount hotel with 280 guest rooms. The property is a 2-minute walk from Alexanderplatz Square and the Berlin television tower. 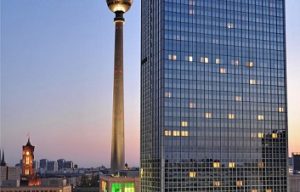 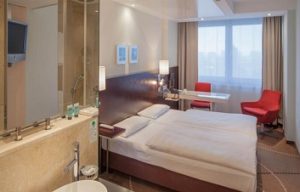 Park Inn by Radisson Berlin Alexanderplatz (8646 reviews, 7.9) is a large 4-star superior hotel on Alexanderplatz Square with 1012 guest rooms. It is the tallest hotel in Berlin. 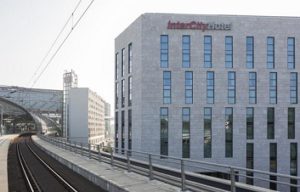 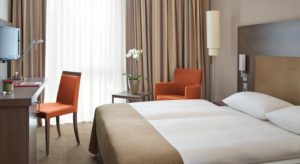 Berlin is the capital of Germany. It is also the largest city with 3.6 million people. After World War II, Germany and Berlin were divided in a Western part and Eastern part. In October 1990, Germany was officially united and Berlin became the German capital again.

In Berlin are three airports. At the moment, Tegel Airport is the main airport. Schoenefeld Airport has international flights mainly by budget airlines such as Ryanair and Easyjet. Distance from Tegel airport to the center of the city is 8 km. Brandenburg International Airport will replace the existing airports. The opening of the new airport has been delayed for years. The opening is planned in 2019.